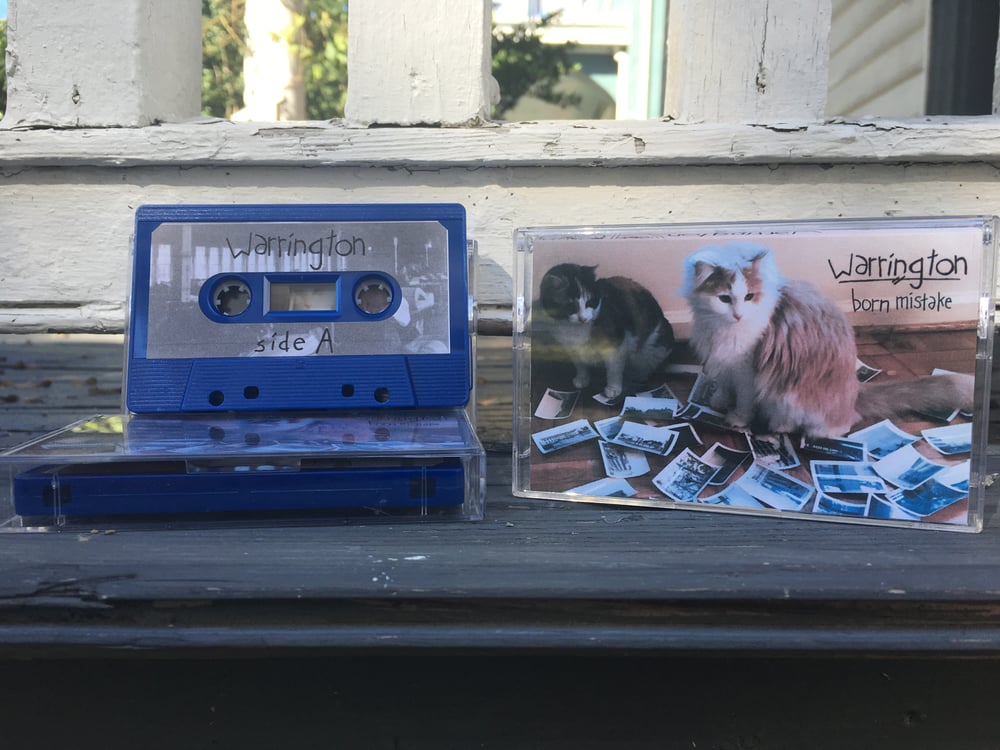 Warrington's 2018 self-released debut album "born mistake" is available now on cassette tape via Close by Air Records! This is the emo that you need in your life right now. All cassette tapes come with a Bandcamp digital download code.